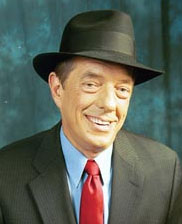 Gatewood Galbraith – a prominent Kentucky attorney, longtime cannabis activist, and perennial candidate for various state and federal offices – died in his sleep Tuesday evening as a result of complications from asthma and chronic emphysema. He was 64 years old.

Galbraith was widely known as an outspoken advocate for legalizing cannabis, particularly the non-psychoactive variety of the plant. While campaigning for public office, Galbraith typically wore suits made from hemp fiber and sometimes traveled in a station wagon fueled by hemp oil. He also formerly served on NORML’s Board of Directors.

Galbraith ran five times for governor — three times as a Democrat, once on the Reform ticket and last year as an independent. He also campaigned unsuccessfully for state agriculture commissioner, attorney general and Congress.

In 2006, Galbraith published his autobiography, “The Last Free Man in America.” He was also recently featured in the documentary film, “A NORML Life.”

Said Beshear: “(Galbraith) was a gutsy, articulate and passionate advocate who never shied away from a challenge or potential controversy. His runs for office prove he was willing to do more than just argue about the best direction for the state — he was willing to serve, and was keenly interested in discussing issues directly with our citizens. He will be missed.”

Added McConnell: “I am saddened to hear of the passing of Gatewood Galbraith. He was a truly memorable character who loved our state and its people.”

NORML Founder Keith Stroup said, “Gatewood was someone who placed a high priority on the legalization of cannabis, and firmly believed industrial hemp — including hemp based ethanol — could help save the planet. In his several campaigns for public office in Kentucky, he was fearless in his pro-hemp advocacy. He will be missed by all of us who care about legalizing marijuana.”

Adds Patrick S. McClure, a member of the NORML Legal Committee from Danville, Kentucky: “In spite of his controversial stance, he was much beloved on both sides of the aisle for his humor, his grace, and for always being the smartest guy in the room. He was funny, inspiring, and a true gift to young lawyers who were willing to listen to his bold stance against the machine, almost always given in a courtly and informed tone and tenor. Some Kentucky politicians may have gotten more votes, but none in my lifetime has been more endearing.”

Galbraith is survived by three daughters.

NORML expresses its sincere condolences to the friends and family of Gatewood Galbraith.