[Editor’s note: This post is excerpted from this week’s forthcoming NORML weekly media advisory. To have NORML’s media alerts and legislative advisories delivered straight to your in-box, sign up here. To watch NORML’s weekly video summary of the week’s top stories, click here.]

New York City police officers are to cease making misdemeanor marijuana arrests in cases where the contraband was not displayed in public view, according to an internal order issued late last week by Police Commissioner Ray Kelly and reported by the New York Post.

Although simple marijuana possession is a noncriminal violation in New York State, if the marijuana is ‘open to public view’ police can charge a suspect with a criminal misdemeanor.

In 2010, city police made 50,383 lowest level marijuana possession arrests [NY State Penal Law 221.10] involving cases where marijuana was either used or possessed in public. The total was the second highest in the city’s history and was an increase of over 5,000 percent from 1990, when police reported fewer than 1,000 low-level pot arrests. Over 85 percent of those charged typically are either African American or Latino.

However, an investigation in April by New York City public radio station WNYC questioned the legality of many of those arrested. It concluded that police routinely conduct warrantless ‘stop-and-frisk’ searches of civilians, find marijuana hidden on their persons, and then falsely charge them with possessing pot ‘open to public view.’ 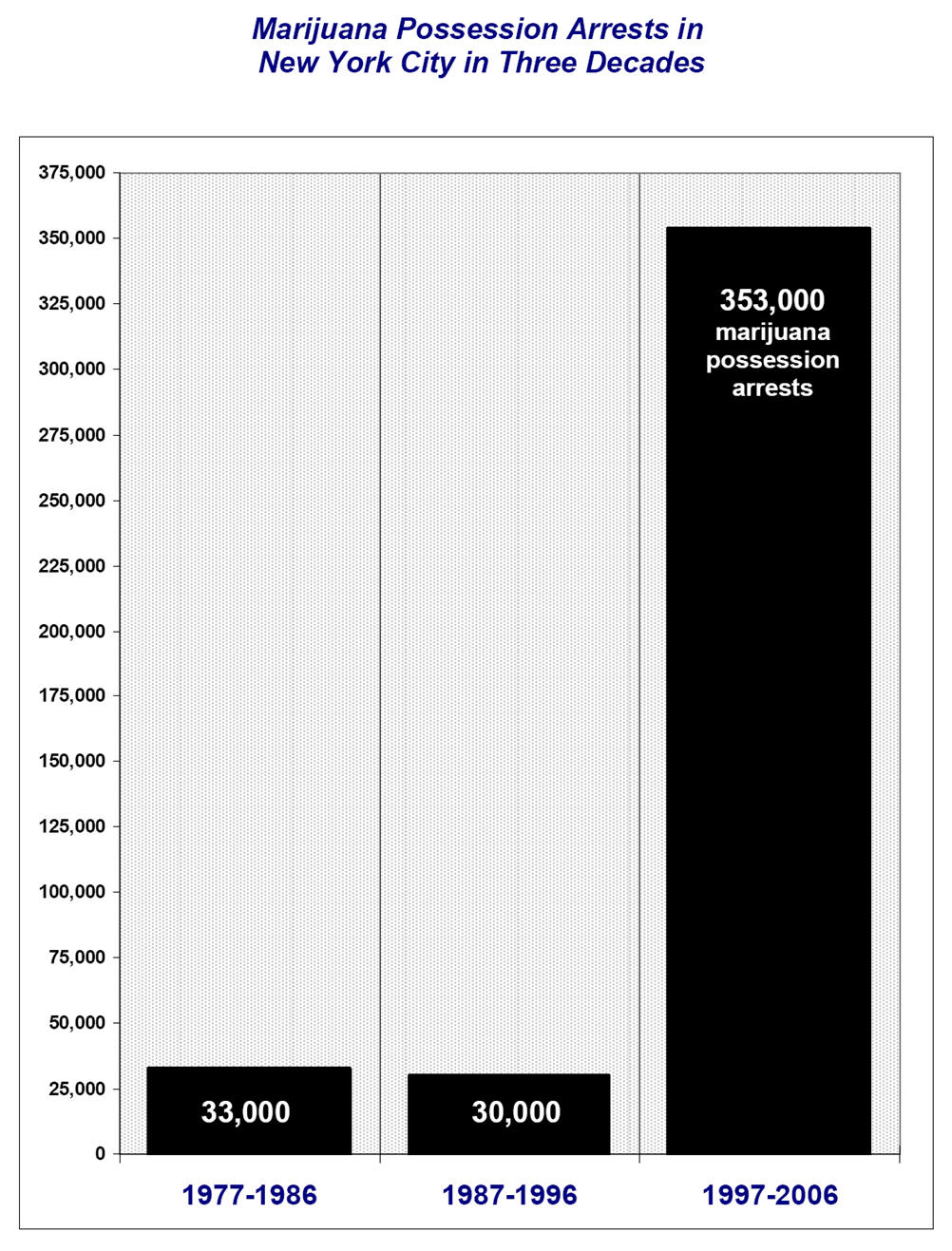 The Commissioner’s new order stipulates that marijuana discovered during a police search is a violation punishable by a ticket only. The memo states that if the contraband ‘was disclosed to public view at an officer’s direction’ then it is not sufficient evidence that a suspect is in violation of state Penal Law 221.10.

Queens College sociologist Harry Levine, who has documented the racial disparity in arrest rates in New York City and elsewhere, stated: “[I’m] pleased that the NYPD agrees that these marijuana arrests have not been proper and will begin to curtail them. We are always encouraged when the police decide to obey the law.” He added: “New York City’s routine policing practices, especially for drug possession, require major reform. This is only the first step.”

Bipartisan legislation that seeks to reduce penalties for those in violation of Penal Law 221.10 to a non-criminal violation remains pending in the state assembly.

An online analysis of marijuana arrest in New York and other major cities nationwide is now available online by the Marijuana Arrests Research Project at: http://www.marijuana-arrests.com.